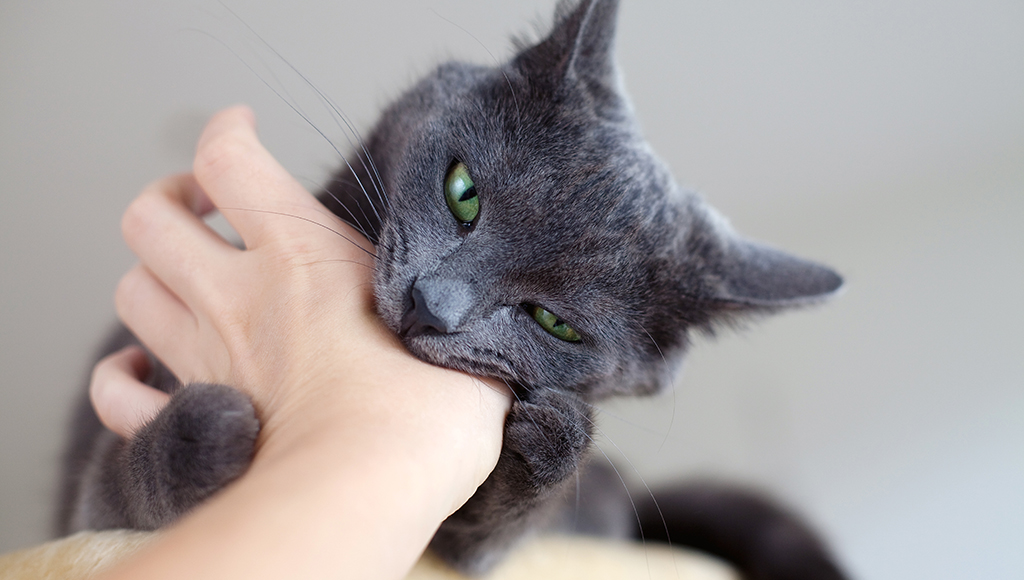 We all love it when our pets want attention and return our affection with a gentle gesture. A happy dog will wag its tail and lick your hand, while a happy feline will begin to purr contentedly as you stroke him. A dog will let you pet him for hours, but a cat will only tolerate it for a very short period of time; usually only a few minutes before it clearly lets you know it has had enough. How does a cat express to you that he has had enough of your affection? He usually bites your hand and/or swats at you with his paw and instantly leaps off your lap or jumps away from you.

There are different reasons that are agreed upon by cat behaviorists as to what causes cats to become so upset so instantly when they were happily purring and enjoying your caresses only a few minutes earlier. What are some of the things that may cause this to happen?

Want to learn how to save on veterinary care for your cat? Click here

It is good to be aware of the areas that cats do not like to be stroked or rubbed. One area to avoid petting excessively is the stomach region. When we do this, most of the time it puts the cat on their back and in a very vulnerable position which they do not like at all and naturally will not tolerate without taking a defensive posture. A cat in this position will almost always have a natural defensive reaction which includes striking back by wrapping his paws around the person's wrist, holding on, and then biting. This is an attempt to make sure you know the cat will defend itself and view this sort of attention as aggressive rather than affectionate.

Cats will vary in how much they like being restrained, caressed or held by their owners or by other people. However, cats that don’t like being petted or held for a long period of time may still want to play with their owners. You may want to try and follow the cat around the house, carefully lay on the bed with them, and even sit close to them, in an effort to show them you like being close to them and have an attachment toward them. There are some cats that are huggable and loveable and others that are not, yet both types of cats can be very loyal and quite attached to their owners.