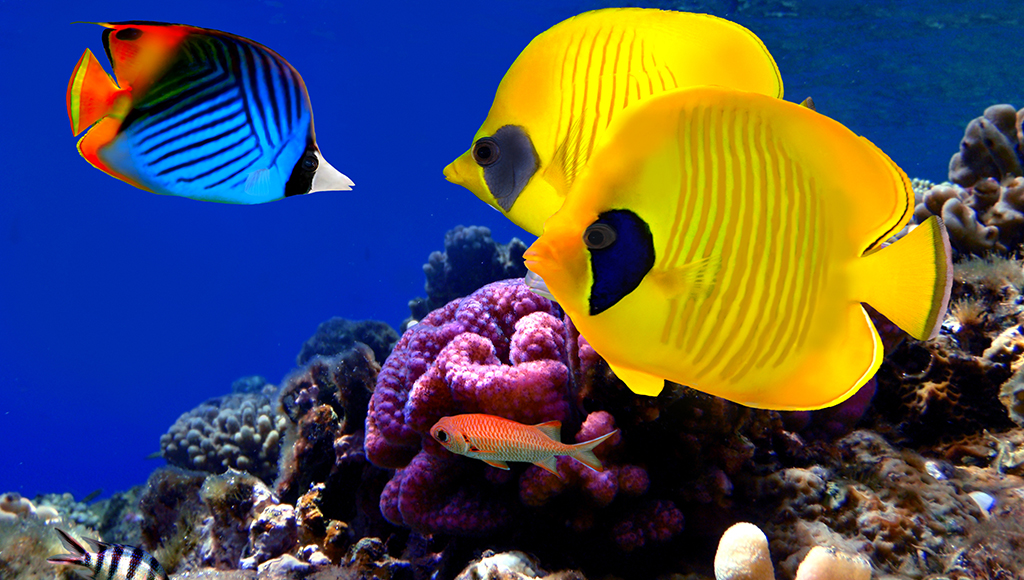 Just like any other creature, your fish can suffer from disease and parasites. When fish have parasites they are very contagious. If a fish actually has parasites, it's highly recommended to separate the fish in question from all the other aquatic life in your fish tank. Taking the fish out of the aquarium into a portable container is probably the best way to do so. Otherwise the parasites will most likely spread through the whole fish tank until all fish are infected. Below is a list of seven parasites that are common among tropical fish:

Fish lice -- this parasite is tricky because it is so hard to spot. This parasite will hide itself by taking on the same color as its host. The host fish will try to get rid of the lice by rubbing its body against stones, plants or along the side of the tank in an effort to try and remove them.

Anchor worms – these parasites are females and have an anchor shaped head, which they use to burrow its way into the flesh of its prey. Once they bury themselves into the fish there may be a little bit of bleeding on the fish where the head has attached itself. You may also be able to see a little worm or tentacle that is white protruding out from the spot where the parasite is attached. Because this parasite’s head is anchor shaped it is difficult to remove, and if pulled out by force may cause the fish to suffer a bleeding wound.

Leeches – Leeches feed on blood and should be removed as soon as possible. Although the leech leaves the fish as soon as it is full, the blood loss might be lethal for delicate tropical fish. Pulling off the parasite by grasping it can cause regurgitation and leave parts of the leech's jaw attached to the wound, increasing the risk of infection. A better method is to use a fingernail to break the seal of the oral sucker at both ends of the leech. Start off with the small end and then continue with the larger end. The leech will detach its jaws as soon as the sucker's seal is broken.

Flukes – There are two common types: While skin flukes attach to the skin of your tropical fish and cause swelling, gill flukes will make it hard for the fish to breathe. The gills will turn pink and the fish will probably stay at the water surface where it can breathe easier. These skin flukes can cause localized sores and swelling.

Ichthyophthirius – The so-called 'ich' or 'white spot' is the most common tropical fish disease, caused by probably the most common freshwater parasite. The typical behavior of an infected fish includes loss of appetite, rubbing itself against objects, flashing and hiding abnormally. Once a fish in your fish tank is infected, quarantine is necessary to prevent the fish from spreading the tropical fish disease to the other tank inhabitants.

Piscinoodinium – The microscopic parasite causes the 'gold lust disease', named after the golden patterns that will appear on the scales of your fish. Once your fish are infected, the tropical fish disease can be treated with copper salts, which destroys the parasites in your water.

Hexamita – these parasites are also known as hole in the head disease. They are basically internal parasites. These are harmful to your fish when he is weak because of age, stress or bad water conditions.

Want to learn how to save on treatment for your pet fish? Click here

In order to prevent any form of parasites and fish disease, take good care of your fish and the fish tank. Here are some tips to help:

Meet the Pea Puffer! A Bite-Sized Puffer Fish with a Big Personality

Benefits of a Planted Aquarium