Spring behavior is a normal rhythm of nature 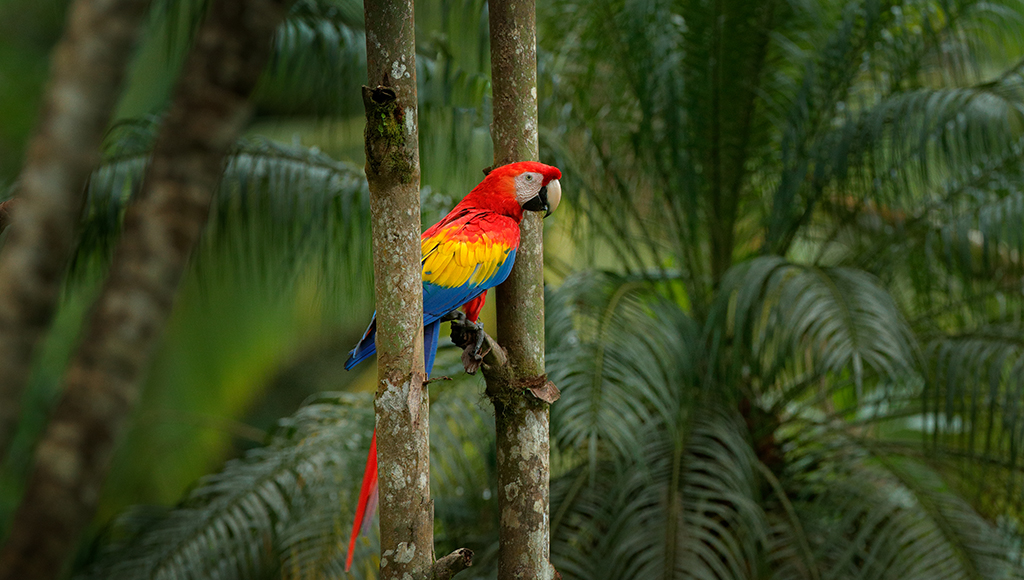 Generally speaking, spring behavior happens once a year in the life of a sexually mature parrot. Also called nesting or hormonal behavior, it is a normal rhythm of nature, and there is nothing you or your parrot can do about it except wait it out. However, it does help you understand this behavior when you are aware of the reasons behind it and alert to the possible changes that will occur. This information may help minimize the negative side effects of this temporary behavior change.

What causes this behavioral change?

Hormonal behavior in pet birds is typically enhanced in the springtime. As breeding season approaches, the sexually mature birds experience natural hormone surges that can trigger some bizarre and undesirable behaviors. As a rule, any abrupt and dramatic behavior change in a mature parrot that is not evidence of a possible medical problem, can safely be classed as "nesting behavior". Of course if you are not sure about your parrot's behavior, it's always best to make an appointment with your avian veterinarian to be sure your bird is okay.

Female birds may start displaying unusual changes in behavior as spring approaches and the season brings about longer days. Owners may notice that their birds have been scratching or tearing at the newspaper lining in their cage. This type of mess may also be accompanied by a collection of self-removed feathers. These actions may seem bizarre, unusual and problematic, but it’s simply a natural adjustment. Parrots cannot control this hormonal "personality change", so be patient and tolerant of his temporary attitude and sometimes even aggressiveness, as it is not permanent.

When does this behavior begin?

This type of behavior is instinctual and especially common during breeding times. During the beginning of the season, shortly after Daylight Savings has begun, mature females may demonstrate attempts at constructing a nest, or searching for potential nest-building materials. These urges are often so strong that females will provide a nest by any means necessary, i.e. plucking their own feathers. This innate need to prepare a home for potential offspring is oftentimes destructive and should be monitored closely and remedied if it becomes too extreme.

What types of behavior should I expect?

These behaviors can range from excessive screaming, biting, and bluffing, to being overly affectionate. Territoriality may also be a sign of hormonal behavior in birds. Often, there isn't much that owners can do to alleviate their pets' hormonal symptoms. Most just wait for the behavior problems to pass with the season. Here are some other behaviors you may experience:

Flat backing -- avian specialist term for the submissive posture of some female parrots, with or without accompanying wing shivering and/or clucking. Some birds may also revert to baby-like behavior, begging to be hand fed by their favorite person.

Strutting with tail feathers fanned, neck feathers up and eyes flashing wildly -- is often (but not always accurately) defined as male behavior and is seen other times of the year as well -- especially when meeting new people. This is probably normal territorial behavior that becomes more frequent and dramatic during nesting time. Don't reach for this bird unless your really want to check your normal healing time.

Nest-making -- manifests in minor ways, such as burrowing in fabric or sofa pillows, or in major ways -- in the absolute destruction of anything and everything the bird touches. This is not necessarily a female trait, since in many species (i.e. many larger cockatoos) the male is the primary nest builder. This behavior goes above and beyond the "normal" destructiveness of parrots.

Feather picking -- some individuals do a little feather chewing or picking, usually in small, localized areas of their bodies like their breast or the tops of their wings. hormone-induced feather chewing or picking is only seen during spring behavior. It should not be confused with the more dramatic and extensive plucking seen as a manifestation of physical problems such as infections in the feather follicles, allergies or as a behavior problem.

Regurgitation of food -- Parrots will sometimes regurgitate food to feed their mate and their young, so if your parrot upchucks on you, don't get grossed out, just take it in the spirit it's offered. It is, after all, a tremendous compliment. This can happen whenever your parrot is feeling loving during the year, but it definitely happens more often during the nesting season. Sexual regurgitation is associated with a favorite person, toy, etc.. When this behavior occurs without any obvious stimulus, it may be evidence of a medical problem. If you are unsure about what is happening, consult your veterinarian.

Want to learn how to save on veterinary care for your parrot? Click here

Is there anything I should do?

Above all, don't try to punish the bird for totally natural behaviors, because what he is doing is not wrong, but normal.

Are Essential Oils Safe for Your Pet?

Is Pet Insurance Right for My Pet?