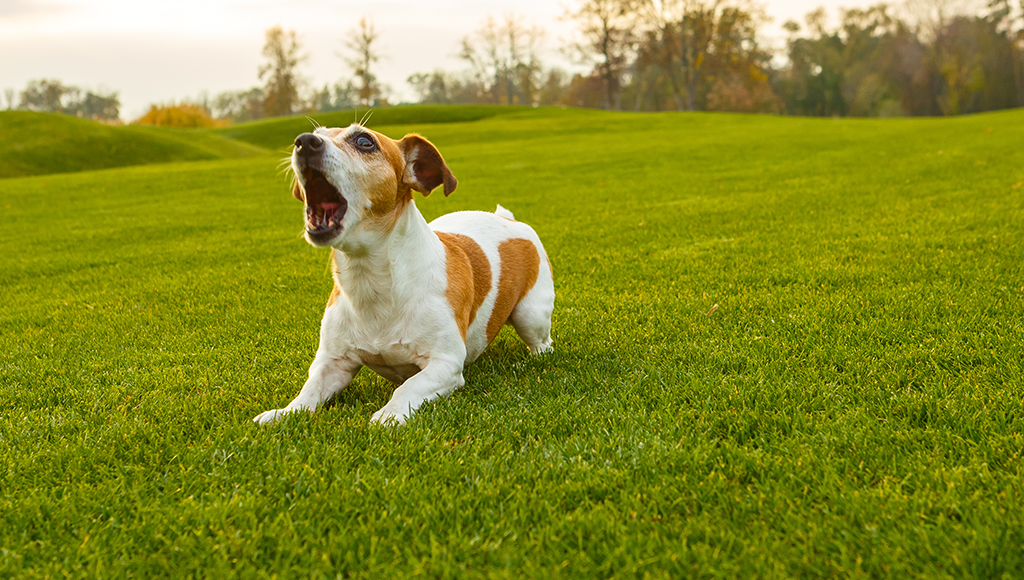 The most common of these abnormal behaviors include pacing, barking incessantly, circling, fly snapping, flank sucking and self-mutilation. So, how does a behavior become compulsive and what should be done about it?Often the behavior interferes with the dog's normal functioning.

What is an obsessive-compulsive disorder?

Obsessive-compulsive disorders in dogs are a group of repetitive, relatively unvaried behavior patterns that appear to have no purpose. This is when a dog exhibits abnormal, recurrent actions that are out of context with the situations in which they occur. The behavior becomes compulsive as the dog loses control over initiating or terminating it. The behavior is deemed excessive in duration, frequency, and intensity. The dog may be difficult to distract from the behavior and it often interferes with his normal functioning.

What are some examples of obsessive-compulsive disorder?

Repetitive motor, grooming, ingestive, or hallucinogenic behaviors that occur out of context, or of excessive duration or frequency include pacing, circling, incessant or rhythmic barking, fly snapping or chasing invisible objects, acral lick dermatitis, flank sucking, freezing and staring, excessive water consumption, sucking, licking or chewing on objects (or owners), tonguing or licking the air and other forms of self mutilation. Freezing and staring is also considered an obsessive-compulsive disorder if it is an inappropriate and extended behavior.

What is acral lick dermatitis?

Acral lick dermatitis or granuloma is a lesion that results from excessive licking at a specific area on one or more of the limbs, and often occurs on the top of the carpus or wrist of the front leg. Sometimes pain in the area from arthritis, or irritation from a skin disorder causes the excessive licking, so medical problems need to be ruled out before a behavioral problem is diagnosed.

Excessive licking can be a response to boredom, or to situations that are stressful to the dog, or cause anxiety. Once the lesion forms, it becomes itchy due to inflammation and infection, and that encourages further licking. Since these lesions are often infected, antibiotics are usually required, as well as anti-inflammatories. The area is often bandaged to prevent access to the lesion until it heals; however, in many cases, the condition relapses. The underlying cause of the anxiety or conflict should be identified and removed, or the dog desensitized to the stimulus.

What is flank sucking?

This is most common in Dobermans, and involves the dog taking a section of the flank skin into its mouth and holding that position. It may be an inherited behavior in Dobermans. Treatment may not be necessary if the dog is not doing itself any physical harm, or is not so compulsive as to contribute to other behavior problems.

Want to learn how to save on ocd treatment? Click here

How does a behavior become compulsive?

Since certain behaviors are more common in certain breeds there may be a genetic predisposition to obsessive-compulsive behaviors. Apart from flank sucking in Dobermans, other examples include fly chasing in Miniature Schnauzers and tail chasing or spinning in Bull Terriers. Some owners inadvertently encourage these behaviors such as encouraging tail-chasing when the dog is a puppy by giving attention to it, or by trying to disrupt the behavior with food, a treat, or attention. Many behaviors arise spontaneously as a response to conflict or anxiety.

How are obsessive-compulsive disorders treated?

Any underlying medical reason for the the obsessive-compulsive behavior needs to be ruled out with an in-depth medical investigation. Some behaviors are not treated if they are not causing any physical harm to the dog and do not cause the owner significant concern. For some dogs, the compulsive behavior may be the most practical and acceptable outlet for reducing stress or resolving conflict in the home environment; therefore, trying to remove that behavior may cause additional stress and behavioral complications.

Drug therapy is often used as it can help normalize brain neurotransmitter levels. Drugs are used in conjunction with behavior modification. This process involves reducing stress or finding methods of decreasing the sources of arousal and conflict. Situations that cause the behavior are examined, so that they can be avoided if possible. The behavior is not rewarded by attention from the owner, or other pleasant distractions.

The dog can be distracted from the behavior by remote indirect devices such as an abrupt loud noise (loud alarm or air horn), a water pistol, or by pulling on a head halter attached to a leash. Once the dog is distracted sufficiently to stop the behavior, alternative behaviors are encouraged such as sitting or lying quietly. Once a desirable behavior is exhibited, it is rewarded to help establish it.

The dog also requires regular stimulation in the form of exercise, play, and social attention, as well as appropriate toys. In addition, obedience training is often very helpful. Punishment is often detrimental, causing increased anxiety and fear of the owner, and therefore intensifying the problem, so punishing the animal is avoided.

Your veterinarian or an animal behavior specialist can help you to identify the source of the problem in your dog, and help you design a behavior modification program in conjunction with appropriate drug therapy.

Tips for Choosing a Pet Bed for Your Dog