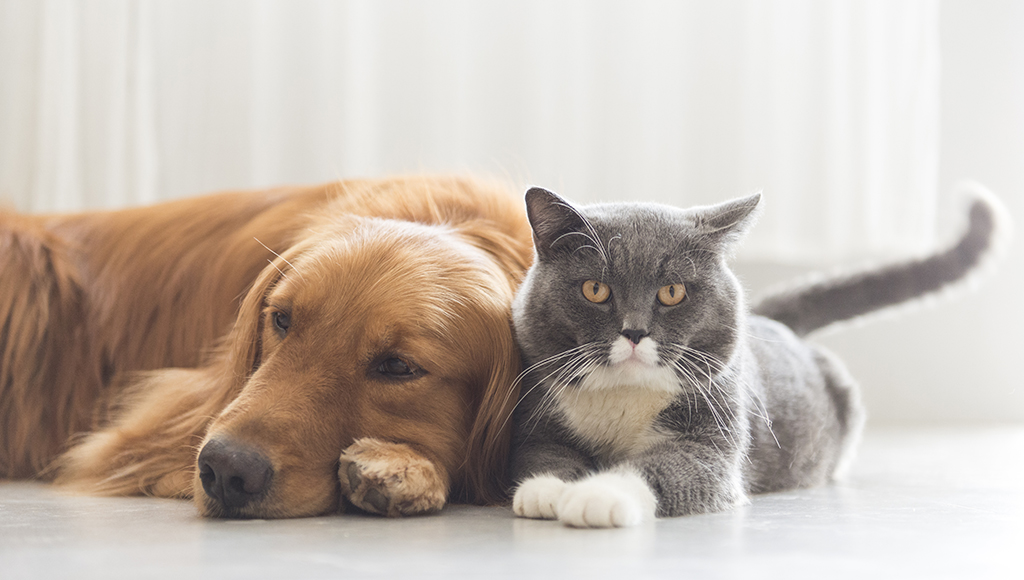 Laryngeal Paralysis is becoming a more common problem with today's cats and dogs.

What is Laryngeal Paralysis?

The larynx is the portion of the respiratory tract located between the pharynx and the trachea. The larynx contains the vocal cords, which form a "V" shape. The vocal cords are attached to the arytenoids cartilages, a pair of small cartilages located on either side of the trachea's opening. When an animal takes a breath, air goes through the nose or mouth into the pharynx. As the air continues to the larynx, the arytenoids cartilages move away from the opening to the trachea, allowing air to pass.

Laryngeal Paralysis occurs when the arytenoids cartilages fail to abduct, or move away during inspiration; creating an upper airway obstruction whenever the animal attempts to take a breath. Laryngeal Paralysis usually affects both cartilages. This disorder is most commonly seen in dogs and can occur at any age in any breed. Generally this condition is seen in large breed dogs, middle-aged to elderly dogs, and dogs that are obese. This disease rarely affects cats; however it can occur in felines. Horses can also be affected by laryngeal paralysis, a condition commonly called "roaring" because of the noise the horse makes during exercise.

Most of the time laryngeal paralysis is idiopathic, meaning there is no known cause. However, conditions such as trauma, certain neuromuscular disorders, tumors or hypothyroidism, may contribute to its onset. Laryngeal paralysis may be congenital in Siberian Huskies, Dalmations, Rottweillers, and Bull Terriers.

These signs may range from mild to an emergency situation requiring immediate veterinary intervention:

Want to learn how to save on laryngeal paralysis treatment? Click here

A definitive diagnosis of laryngeal paralysis requires laryngoscopy, which involves putting a tiny camera into the larynx to watch the arytenoids cartilages as the pet breathes. This requires sedation, and many times completely anesthetizing the pet to make the procedure less stressful.

Managing this disorder involves treating the symptoms, and avoiding stress and excitement. In an emergency, the pet may require supplemental oxygen and sedation. If the cause of the laryngeal paralysis is known, treating the underlying condition such as hypothyroidism, or obesity is also helpful. Medical management in cats is usually effect, but dogs and horses may require surgery.

The only successful treatment of laryngeal paralysis is surgical. There are many techniques including removal of the vocal cords, or partially removing the arytenoids cartilages. A unilateral or bilateral arytenoids lateralization, also called "tie-back surgery" is the recommended procedure. This technique has the lowest number of complications resulting from surgery, takes the shortest amount of time to perform, and has the best survival rate.

A tie-back surgery is also considered the only permanent correction for laryngeal paralysis. This procedure involves suturing the arytenoids cartilages away from the opening of the trachea, preventing a collapse of the cartilage. A tie-back surgery may be performed on one or both sides of the larynx.

As with any medical condition, it is important to talk to a veterinarian as soon as symptoms are noticed. It is better to diagnose laryngeal paralysis when the pet is experiencing mild syptoms, rather than waiting to see if the conditions becomes serious enough to require emergency medical treatment.

What to Do If Your Microchipped Pet Is Lost

Ask Dr. Jenn: What are some things I need to be cautious of around the holidays?

Read More Ask Dr. Jenn: What are some things I need to be cautious of around the holidays?