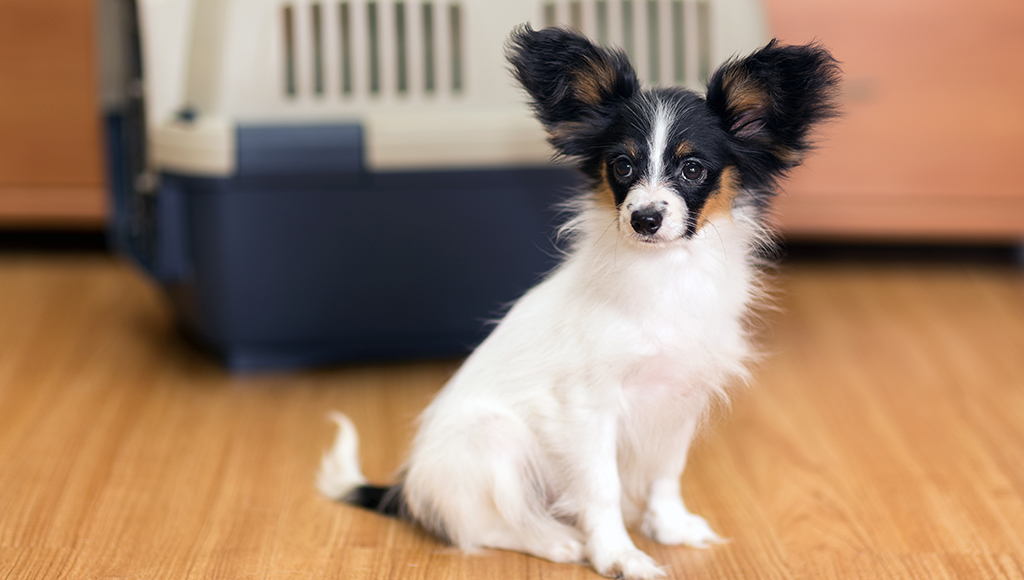 Dog Kennel Training, most often described as "crate training", is the best way to get started with housebreaking a new puppy.

There are other benefits to a dog crate, other than just housebreaking. When confined in a crate, a new puppy cannot get in any trouble, begin the bad habit of chewing on personal items and/or household furniture. Crate training, if done properly, will also provide a safe and secure 'den' where your pet will always be comfortable and feel safe.

To a dog out in the wild, it's den is the place it feels safe; the place it seeks refuge, and the place it retreats to for rest and relaxation. The idea of dog kennel training is to make the crate you use, the den your dog would have sought out naturally, had it been a dog in the wild. To achieve this, the size of the crate, its structure, and the materials it is made from are very important along with the basic rule that the crate should not be used to punish the puppy in any form or manner whatsoever. The puppy from day one should learn to trust the crate and not fear it.

A dog crate is also a great place to put your dog while you are away from the house for extended periods, or as a resting place at night while you cannot be with him to prevent him from any late night mischief. A dog crate is also great for traveling or while you are on vacation, not only to keep your dog safe, but also to provide a space where he feels comfortable in an unfamiliar place.

There are schools of thought that say the crate should fit as described above for all ages of the dog. This would mean buying a new crate every two months or so, till the dog is fully grown. Therefore, it is advisable to buy a crate that would suit a full grown dog of its breed, BUT allow you to partition it to fit the puppy's present size, adjusting the partition as the puppy grows until the partition is no longer needed.

It must be remembered that a dog will NEVER soil its sleeping quarters (unless it is ill), hence the size of the crate should permit for enough sleeping space only, if the crate is going to be used to house train and potty train the dog successfully.

Dog kennel training is a must in the training regime of every puppy. It makes housebreaking much easier and helps keep your possessions safe from the gnawing and chewing that puppies will naturally exhibit if allowed.

Remember, it is easier to train good habits than to break bad ones!