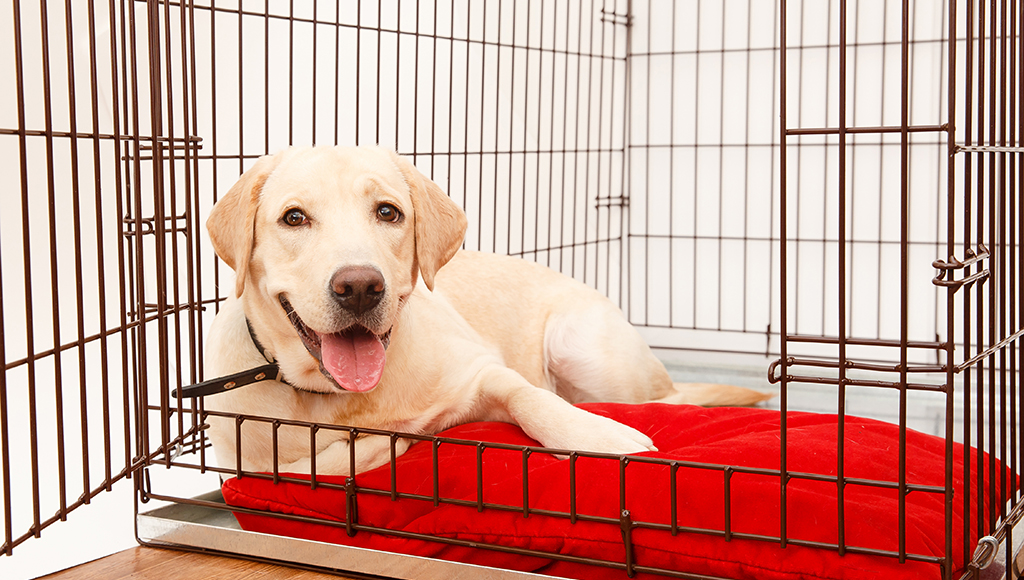 Graduating Your Dog to House Freedom

You’ve used a crate to manage your puppy and now you’re wondering how to start giving him more freedom. Well, if you’ve done your foundation work well and haven’t let your dog pick up bad habits, transitioning to full freedom in the house should go fairly smoothly.

Crates are often considered a punishment tool, or are associated negatively with training a puppy, or dog. There are many good reasons to crate train a dog:

Mistakes That Make a Crate an Unhappy Place

The Result of Crate Aversion

If a crate has been rendered aversive to a puppy by any one of the means listed above, he will not want to go inside and will complain when confined. He may become stressed and anxious and injure himself in frantic attempts to escape. In addition, a puppy that is confined in a crate too long may be forced to urinate or defecate inside it. Once the sanctity of the crate is defiled in this way, it may no longer be a useful tool for house training. Puppies can't tell you if you are doing something to them that they do not like or that causes them discomfort, so they will act out their grief. The behaviors present in dogs who do not like being crated are:

As usual, prevention is better than cure, but the way forward is similar in both instances:

Puppies that are properly acclimated to their crate may still have crate-related problems that are not due to crate aversion. The first of these is non stress-related urination or defecation within the crate.

An overly large crate may be a contributing factor here. If an owner confines a tiny breed puppy in a massive, large dog crate, the puppy may adopt one end of the crate for sleeping and the other for elimination (i.e. it can get away from its mess). Elimination within the crate arises because of relative oversize of the crate. While it is important that crates are not too small, they should also not be too big either. Simply fulfilling the minimum requirements for height, width, and length is the way to go, so that the puppy is obliged to hold its urine and feces for fear of soiling the area in which it stands. Keeping the sleeping bed clean is a natural behavior for puppies. However, if thoughtless humans confine the puppy for too long this natural tendency will be overcome. The latter situation is not a puppy problem or crate problem, it is an owner problem.

Another problem that can develop in time is over-protectiveness of the crate. If an owner has done too good a job at acclimating their puppy to a crate but has not done a particularly good job at setting limits and conveying their leadership, some puppies may become aggressive (barking, bearing teeth, and so on) when their owner approaches the crate or tries to take them out of the crate. A leadership program conducted by the owners will help to alleviate this situation and it may be necessary to move the position of the crate, or even to deny the dog access to it for a while, until the owner's authority is increased.

It is well worthwhile spending a little time acclimating a puppy to its crate after its arrival in its new home. Problems related to crate training should be identified early, carefully thought out, and be worked out and/or addressed immediately but with patience. Forcing the issue is never an option as it will tend to make matters worse. Instead, patience and understanding of the puppy's concerns are of paramount importance. Perseverance wins every time. Consider this: There are four things that a new puppy owner should ensure for their dog-to-be to stand it in good stead for the rest of its life. The first is proper veterinary care, the second is some element of training and limit setting, the third is neutering of dogs not intended for breeding, and the fourth is to provide constant access to a crate. "A crate for life" should be the dog owner's maxim.

If properly introduced and properly employed, your dog's crate can become its favorite resting place and retreat. Many owners erroneously assume that a crate is just something you have around during a puppy's first few weeks at home to assist with housebreaking. But crates are far more versatile and valuable than this and should really become a lifelong feature. Dogs are den dwellers by nature and if you give away their crate once they're house-trained they will find other small spaces in which to sequester themselves when they feel like getting away from it all. Why deprive them of their original den and enforce them to hide under furniture instead?