Cats and their Ancestral Instincts

Cat behavior may seem unusual to the casual cat owner, but many behaviors and traits are imprinted from generations of wild cats. 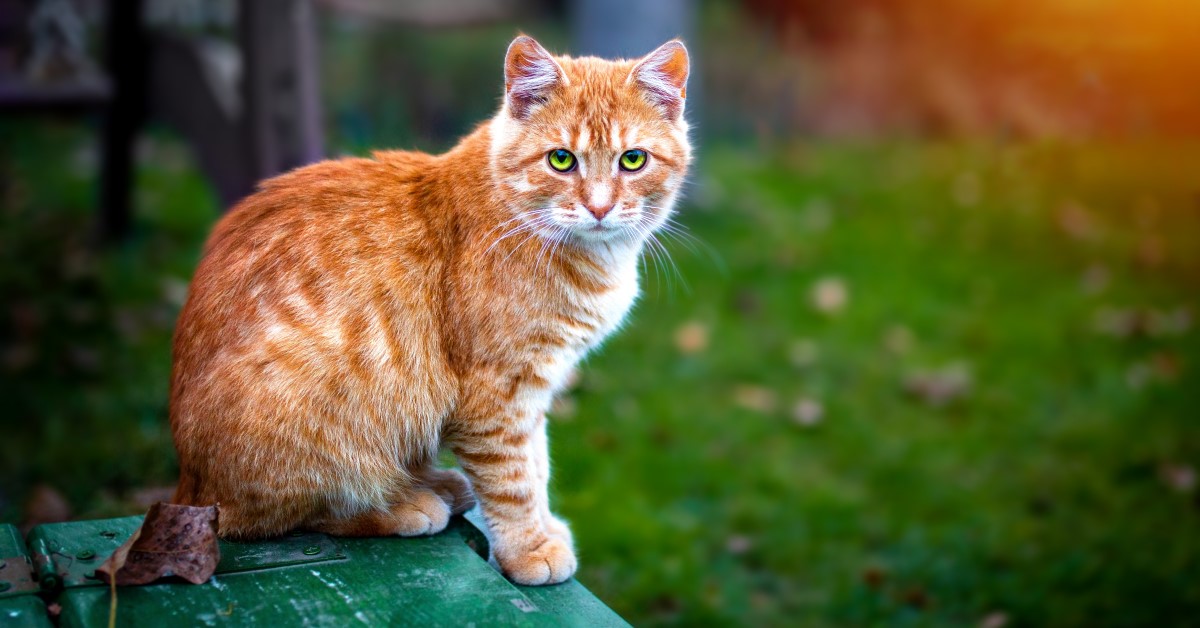 While cats certainly make great domestic pets, they still inherit several ancestral traits and behaviors that closely link them to their wild cousins. Cats are fascinating to watch and educational to observe when you understand what their strange behavior means. From scratching at furniture to playing with their prey, our domestic house cats are hard-wired to their past. Below, let's take a closer look at some common cat behaviors and traits that have been passed on to them by generations of wild ancestors.

Often, pet owners will see their pet cats scratch at various objects around the home. Whether your cat scratches at its toys and scratching post or prefers the corner of your favorite couch, this behavior has ancestral roots. In the past and the wild, many cats would scratch at trees to mark their territory. Both male and female cats will put their markings on the trees to tell other cats in the area more about themselves. The wider and taller the scratches are, the bigger the cat. This behavior is hard-wired into domestic cats, which is why even declawed cats will scratch.

If you watch a cat play at home, they will often mimic hunting behaviors. A cat will wait, ambush its toy, then roll around with it, and bite at it. Your pet cat is mimicking a hunt; this behavior is taught to young kittens in the wild. Researchers have observed wild parent cats giving small kittens live animals to play within the wild to help sharpen their hunting skills. Cats who rely on hunting to survive have learned that playing with prey and disorienting it before killing it reduces the chance of injury. The prey and hunting behavior is instinctual, so it is seen in even domestic cats, who have the privilege of fresh food in their bowl daily.

The ongoing phrase, "If I fit, I sit," is always applied to cats because of their adorable ability to climb into just about any small space. And what pet cat can resist sitting in a small cardboard box? While it is enjoyable to watch your pet cat snuggle into a small space for a nap, there is some ancestral instinct in your cat that makes it attracted to boxes and small spaces—cats in the wild like to seek shelter where they feel safe and protected from predators. When a cat can squeeze into a small space, it knows that all sides are covered, and it can remain hidden. That same logic follows for your pet cat, and the smaller the area, the safer it will feel.

Many pet cats will rub on their owners to give a proper greeting. They may bump their head or push their cheeks into your hand. While this behavior is certainly enough to melt your heart, there is some ancestral drive to this action. Cats can rub their scent onto those they love, and in the wild, will regularly rub against each other to claim their family and partners. Rubbing actions between cats transfer some smell from their glands to one another, allowing them to stake their property correctly. When your pet cat rubs on you, it is claiming you as one of its own. You should feel honored that you have been selected!

If you've ever watched your cat try to get comfortable before a nap, you may have observed kneading behavior. Your cat will slowly punch and paw at a blanket or space until the cat feels comfortable enough to lay down. This behavior most likely stems from when the cat was a kitten and had to knead at its mother for milk. Many researchers and scientists believe that this instinct to knead, even as an adult, indicates that the cat has found a safe and comfortable place. Kneading means your cat is happy and feels safe.

Cats have a bad reputation for sleeping for long hours during the day. But, when your cat wakes up, they always have loads of energy and will instantly snap into play mode. Your cats may zoom around the house during all hours of the night, attacking and playing. While it may be disruptive to a person soundly asleep, this behavior is entirely instinctual. In the wild, cats will have to conserve energy and hunt at any opportunity, even if they are not hungry. Cats in the wild have the best chance to hunt after a nap when they are well-rested. Even though your cat at home doesn't have to hunt for its dinner, it still has this behavior imprinted into its daily routine.

One of the best parts about owning a cat is not having to worry about potty training. Cats will very quickly learn to go to the bathroom in a litter box and cover their droppings. While convenient, this is a skill passed on through generations of wild cats over centuries of survival. In the wild, a cat will instinctively cover their droppings to avoid possible detection from predators. Although a wild cat doesn't have a litter box, they will often go to the bathroom in sand or dust. At home, your cat doesn't have many predators but still mimics this same pattern of behavior that has been imprinted onto them through generators with savvy survival skills.

Is It Normal for My Cat to Sleep So Much?

Adopting a Special Needs Pet: What You Need to Know