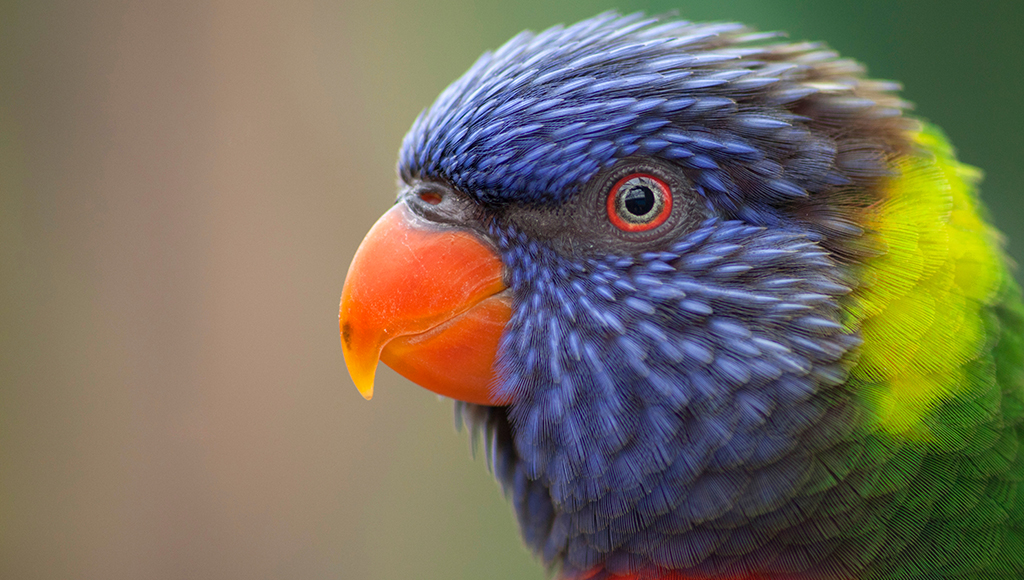 A bird's beak, also called the "rostrum," is used for many things from a weapon against enemies, to grooming, to the delicate feeding of a nestling. Beaks can be a combination of strength and sensitivity, strong enough to crack a walnut yet delicate enough to peel a grape.

Signs of a Healthy Beak

The most common beak abnormalities include:

Overgrown Beak: Either the upper or lower beak may overgrow, though it is far more common for the upper beak to do so. For some normal birds, regular beak trimming is necessary. Other birds may keep their beaks in proper form through eating a hard diet, grooming, climbing, chewing on toys, and rubbing the beak on a slightly abrasive surface. An overgrown beak can be the result of health problems including trauma, developmental abnormalities, nutritional imbalances, polyomavirus-like infection (finches), or liver disease (especially in budgies).

Treatment consists of trimming the beak to the proper shape and removing any excessive flaking. An overgrown beak is similar to an overgrown fingernail in that the overgrown portion has no sense of pain. The overgrown portion may be safely trimmed back to normal length without causing discomfort to the bird. Beak trimming is best performed by a veterinarian, unless you have considerable experience. If a beak is trimmed too short, it will cause the bird pain, will bleed, and may make it difficult or impossible for a bird to eat. Beak trimming may be performed using manual tools, such as human fingernail clippers and nail files, or side-cutting wire cutters. Some veterinarians prefer to use a Dremel drill grinding stone. In either case, the bird is generally not anesthetized for the procedure.

Scissors Beak: Scissors beak is a lateral deviation of the rhinotheca. It is a developmental abnormality that occurs most commonly in cockatoos and macaws. It is thought to be caused by improper temperature during artificial incubation, genetics, or incorrect feeding techniques. Other possible causes include calcium deficiency, trauma, or a viral or mycobacterial infection.

Treatment varies with the severity of the problem and the age of the bird. In young birds with mild deviations, simply applying finger pressure to the appropriate side of the beak for several minutes 2-3 times daily, may correct the problem. In older birds, or those with more severe deviations, an avian veterinarian may need to perform surgery and apply a type of acrylic prosthesis (splint) to correct the abnormal growth.

Prognathism or “Parrot Beak”: Mandibular prognathism occurs when the tip of the rhinotheca rests on or inside the gnatotheca. This developmental abnormality is most commonly seen in cockatoos. The cause of this condition is unknown, and may include genetics, improper incubation, and hand-feeding techniques. It is rarely seen in parent raised birds. It is thought that when parent birds hook onto the chick's rhinotheca during feeding, they help to promote the normal development of the chick's beak.

Treatment varies with the severity of the condition and the age of the bird. For some chicks, applying finger pressure several times daily may help, as will using a piece of gauze to apply traction to the upper beak during feeding. In an older bird, in which the beak has calcified, treatment generally involves the placement of an acrylic appliance on the beak. The type of appliance varies depending upon the extent of the problem.

Want to learn how to save on your pet's veterinary care? Click here

Beak care is critical for the overall health of the bird. The beak is the entry for nutrients, and is used for climbing and playing. We can help promote beak health by ensuring the bird is getting all the nutrients he needs and detecting any problems early. Proper care includes:

Trauma to the beak may occur as the result of fighting, chewing on electrical cords, hitting the beak while flying or landing, or having the beak trapped between cage bars or other hard surfaces. Injuries may include fractures, punctures, and avulsions (tearing away of the beak). Injuries to the beak often bleed, and the hemorrhage needs to be stopped (usually with electrocautery - DO NOT use silver nitrate sticks as they are toxic to birds). Wounds must be cleaned immediately and antibiotics and anti-fungals may need to be given. The beak has nerve endings; therefore, pain or the displacement of the beak may make eating difficult or impossible. All birds with beak injuries should be examined by a veterinarian. Acrylics may be used to repair the beak until new tissue replaces it.

How to Bathe a Pet Bird

Read More How to Bathe a Pet Bird
Behavior & Training