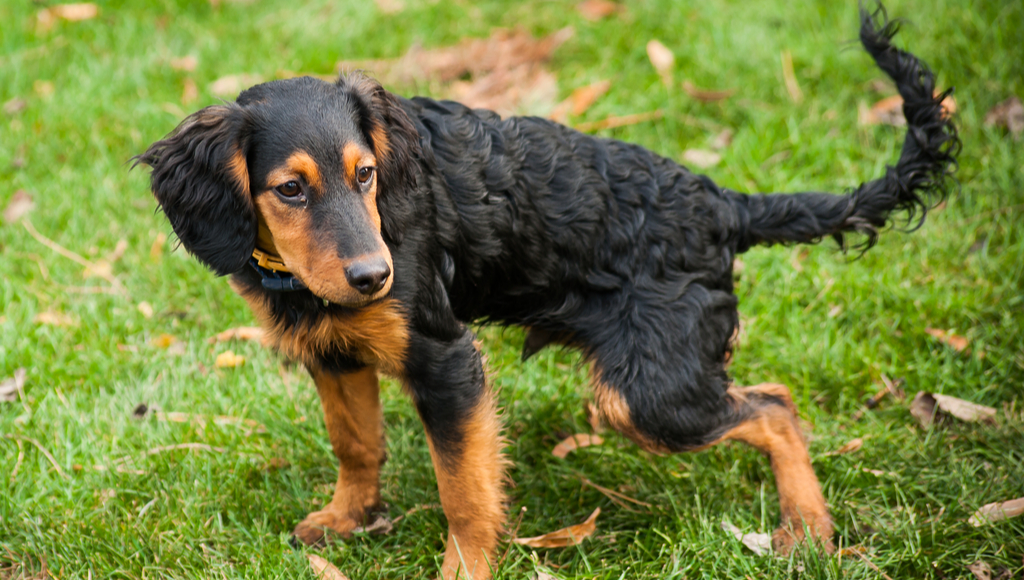 It's a ritual that you have probably noticed with your pet. Your dog heads outside to use the bathroom, does his business and then starts kicking backwards toward the mess. It seems a little odd, and it might have you questioning this behavior. Is your dog trying to hide the mess that he made? Is he trying to tidy up after himself? Is he even aware that he is doing this?

The answer is actually simpler than you think. It's a basic instinct, and most dogs will kick behind themselves after they poop — no matter their size or their breed or their level of training.

Kicking After Pooping: A Basic Instinct

Dogs of all breeds are canines at heart, which means that they are territorial by instinct. Kicking behind them when they poop is one of those basic instincts, because it allows them to mark their territory. Perhaps you have been annoyed while you have watched your dog search endlessly for that perfect spot to poop. Well, what your dog is really doing is marking the spot where he has been. He's letting other dogs know that he has been there, and that he claims that territory.

After he goes to the bathroom, he will then turn around and kick behind him. This releases the pheromones in his feet, and allows those pheromones to mix with the scent of his poop. It's a scent that is unique to your dog, and is one of the ways that your dog's territory can be identified. It might seem like a strange habit, but it's actually an instinct that can bring your pet happiness and satisfaction.

Your dog also may be releasing his pheromones to communicate in other ways, such as:

So, in all likelihood, your dog doesn't need to warn other dogs about his special spot in your private yard, but that isn't going to stop him from trying. Your dog is simply doing what he needs to do because it is ingrained in his genetic core. He is kicking behind him after he poops because it feels right, and it is something he genuinely enjoys doing after he uses the bathroom.

Is Kicking After Pooping Problematic?

If you have noticed that your dog is kicking behind him after he poops, you should not be concerned. This is not a problematic behavior, and it's a completely harmless instinct. It is something that all dogs do, and they are not doing it in order to be pesty or annoying. They are just kicking behind themselves because that is what nature intended.

In some cases, it's important to recognize that it is difficult to change an instinct. Your dog is not kicking behind himself after he poops simply to be destructive or because he is bored. He is doing it because that's what his body is telling him to do. This is not a problematic behavior, and it is often best to let your dog do his business in the way that feels right to him.

Should I Try to Change My Dog's Behavior?

Unfortunately, this basic instinct can be damaging to a perfectly manicured lawn. For some pet parents, it is frustrating to send their dog out to go to the bathroom several times per day only to have their pet kick up the grass that is beneath them.

This is understandable, but you also may be facing a difficult battle if you are trying to thwart the instinct. By trying to change the behavior, both you and your dog may become frustrated. Instead of disciplining your dog for behaving this way, you may want to consider some other ideas to reduce the impact of this instinct on your yard:

Sometimes, when it comes to understanding your pet, you need to remember that your dog still carries with him the animalistic instincts that have been ingrained in him for generations. There are some behaviors that are problematic — such as biting or excessive barking — and you may want to work to curtail those issues. However, when your dog kicks up grass behind himself after he poops, he's not trying to destroy your lawn. He's simply trying to mark his territory, and he's using his pheromone-filled feet to do so.

If you have any concerns about your pet's behavior, you can always bring it up with your veterinarian. Your veterinarian will tell you more about your dog's specific breed and his instincts, and can provide you with helpful advice for raising your pet.

Read More Why Is My Dog Scratching His Ears?
Health & Wellness

Kennel Cough in Dogs: What Symptoms to Look for

Read More Kennel Cough in Dogs: What Symptoms to Look for
Behavior & Training

Why Is My Dog Drooling?

Read More Why Is My Dog Drooling?