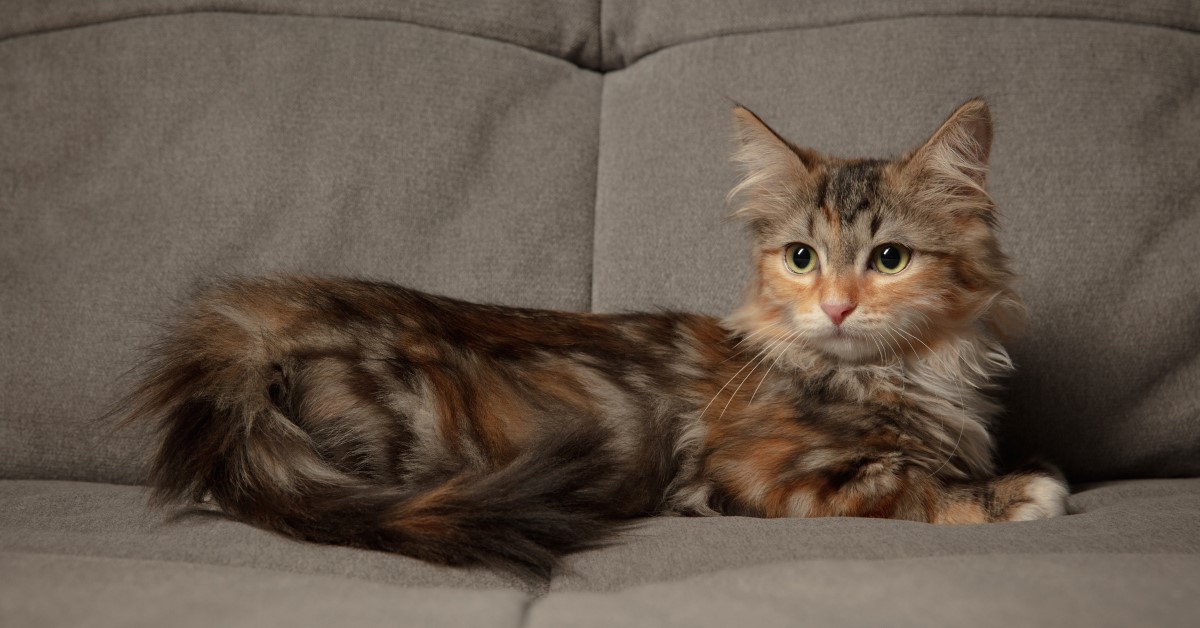 If you suffer from pet allergies, there’s a good chance that cats are the culprit. According to the Asthma and Allergy Foundation of America (AAFA), cat allergies are twice as common as dog allergies. Pet allergies can cause many uncomfortable symptoms, such as eye, nose, skin, and respiratory symptoms. They can also lead to a lack of energy, difficulty sleeping, and an overall decreased quality of life. Does this mean that you can never own a cat? Not necessarily. Choosing a hypoallergenic breed may be the solution to your problem.

What Exactly Is a Hypoallergenic Cat?

You are likely allergic to cats due to the protein found in their skin, urine, or saliva. These allergens can travel through the home when a cat sheds its fur. Although there is no such thing as a completely hypoallergenic cat, certain breeds produce fewer allergenic proteins than others.

Also known as Moscow Longhairs or Siberian Forest cats, Siberians are medium to large breeds with semi-long hair. Siberian cats are native to Russia, where the winters can be long and harsh. Their waterproof triple coat is what proteins these felines from the elements. A Siberian is an excellent choice for allergy sufferers because it produces very little of the Fel d1 protein responsible for most cat allergies.

The Balinese cat is known for its long, graceful body, delicate bone structure, and long coat. These beautiful aristocratic felines are usually found with striking blue eyes and silky fur. The Balinese has no undercoat and produces less Fel d1 protein, making it a suitable option for allergy sufferers. They also require minimal grooming maintenance and shed infrequently.

Russian Blue cats are gentle, sweet-natured, and can be a great addition to any family. This breed features a highly dense double coat that is soft and luxuriously silver in color. Russian Blues don’t shed much and produce fewer known allergens compared to other cat breeds. While they require minimal maintenance, Russian Blue cats are very intelligent and need daily physical and mental stimulation to thrive.

Also referred to as a Colorpoint Longhair, the Javanese is a purebred domestic cat with superior athletic abilities that make high perches a must. This powerful jumper has distinct features with its long, triangle-shaped head and widely set-apart ears. The Javanese are also known to be quite chatty with their human companions. As one of the lowest shedding cat breeds out there, it is an excellent choice for allergy sufferers.

The Sphynx is widely known for its lack of fur. Instead, these ‘hairless’ cats are covered in a fine down, similar to a peach. Sphynx cats are medium-sized, have wrinkles on their face and body, and possess large ears. While most people believe that the Sphynx is hypoallergenic due to its lack of fur, the real reason is its lack of dander. While this breed does produce some dander, it can be minimized by frequent bathing.

If you want a silky, soft cat that won’t make you sneeze, consider a Cornish Rex. This athletic cat loves to run, jump, play. It requires minimal maintenance and has short hair. Rex cats have a fine undercoat and no topcoat. They do not shed as much as other cats and have less dander, making them a hypoallergenic option for allergy sufferers.

Originating in Burma, the Burmese cat has smooth, short fur and yellow, gold eyes. These felines often feel heavier than they appear due to their stocky, compact bodies that tend to be big-boned and muscular. Burmese cats are low shedding and have minimal grooming needs. However, daily brushing can help keep their coats clean and healthy.

The Siamese is one of the oldest domesticated cats in the world. They originated in Thailand in the 14th century but were not introduced to the United States until later in the 19th century. These highly social cats love people and are curious creatures. They can be taught to walk on a leash and even play a game of fetch. They are also known to be quite chatty. The famous Siamese is considered hypoallergenic due to its low-shed, low-maintenance coat requiring only weekly brushing.

Friendly and inquisitive, the Oriental Shorthair is an eye-catching breed that loves to be around people and other pets. This medium-sized feline has a long, narrow frame and short fur. Their silky coats don’t shed much, making them an excellent option for people with pet allergies. As social creatures, the Oriental Shorthair requires a dedicated human companion and lots of exercise.

The unique Devon Rex cat sports an elf-like face, large eyes, and oversized ears. Like the Oriental Shorthair, this breed has a very social nature and enjoys nestling in its human’s arms or following family members around the house. They also enjoy eating and will not hesitate to beg for food. As the Devon Rex only possesses a soft bottom layer of fur, it is relatively hypoallergenic.

Which Is Right for You?

While the cat breeds mentioned above are some of the top hypoallergenic choices, there are some high-shedding breeds to avoid, such as the Persian, Himalayan, Cymric, Manx, and Norwegian forest cat. If you suffer from pet allergies but still want a furry friend, consider bringing home a hypoallergenic cat.