What is Lyme Disease?

Understanding this disease will help reduce your risks and help you to recognize it early enough for treatment. 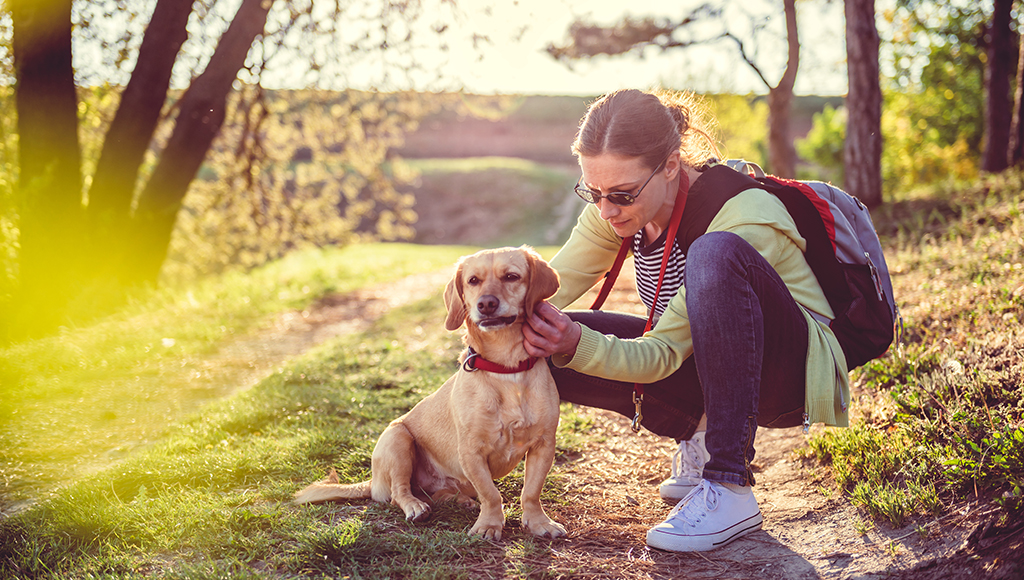 What is Lyme Disease?

This disease was named after the town in Connecticut where an outbreak was first described. A microscopic bacteria, scientifically known as Borrelia burgdorferi, is transmitted through the bite of a tick. This type of bacteria is called a spirochete because of its coiled or corkscrew appearance under the microscope. It is important to note that it is not the tick that causes Lyme Disease; they merely harbor and transmit the infectious bacteria. Three known species of ticks are known to transmit Lyme Disease; however, the great majority of transmissions are due to the bite of one very tiny tick commonly called the Dear Tick or Black-legged Tick. A young (nymph) Black-legged Tick is shown below:

Smaller than the head of a pin, these ticks are hard to see and can easily be missed, particularly on thick-haired dogs. Another reason the presence of these ticks is difficult to detect, is because they do not make the dog itch. The actual size of the tick's body will vary depending on which stage it is in of its two-year life cycle. The ixodes scapularis tick is often called the Deer Tick because the adult stage of this tick prefers to feed on deer. However, this species of tick will feed on other creatures as well, such as skunks, birds, canines and even people. It is possible for cats to contract Lyme Disease, but it is very uncommon. An adult female Dear Tick, engorged after a blood meal is shown below:

Lyme Disease in dogs has been reported in every state, but some geographical areas such as the northeast and upper-midwest are more likely to harbor bacteria-carrying ticks than others. Lyme disease occurs only sporadically in the southern states. In humans, 85% of cases have occurred in the eastern coastal states from Massachusetts to Virginia. 10% of the cases come from Wisconsin and Minnesota and 4% from California. All of the other states account for less than 1% of the disease.

Human exposure to Black-legged ticks is greatest during the summer months when both nymphal ixodes scapularis activity and human outdoor activity are much higher. Their small size, their vastly greater abundance over the adult stages and the difficulty in recognizing their bites tends to make nymphs the most important stage to consider for reducing disease risk.

Want to learn how to save on treatment for lyme disease? Click here

For a nymph to transmit the infectious bacteria, it must be attached to the host for 48 hours. If a tick dies or is removed within this 2-day period, transmission of the bacteria will not occur. Even if a tick is a carrier of the bacteria, and it attaches to a dog for more than 48 hours, it is possible the dog may not contract the disease. In fact, studies show that only around 10% of dogs that are exposed to Borrelia burgdorferi will contract the disease. There is no evidence to suggest that infected dogs pose a risk to other members of the household except that they become a reservoir of infected ticks. Once a tick has had a full meal, it will detach and not bite another mammal. The risk comes from ticks that have not gotten a complete meal and are detached. They could possibly seek out a human and bite them causing infection. Other types of ticks and insects have been shown to be infected with Borrelia burgdorferi, but they are considered insignificant spreaders of the disease.

Protect Yourself Against Ticks

The best precaution is to avoid the tick's natural habitat if possible. If you must enter high risk areas do the following:

Want to learn how to save on treatment for lyme disease? Click here

Signs and Symptoms in Humans

The first sign of Lyme disease in 70-80% of patients is a red circular rash, around the puncture mark made where the tick pierced the skin. This rash appears after a 3-30 day delay. The most common shape of the rash is an oval 2-3 inches in diameter that usually lasts about 4 weeks. The center of the rash will occasionally lighten resulting in a bulls eye appearance. The rash does not itch but may feel warm to the touch. Flu-like symptoms may also develop that often include aches, fever, fatigue, muscle pain, joint pain, and headache. Sometimes without the individual ever having had a rash, more serious symptoms such as arthritis, cardiac disease, and neurological disorders may develop if the disease is not properly or promptly treated.

It is important to note that a different, but similar disease occurs in Florida and this disease is often confused with Lyme disease. Southern Tick-associated Rash Illness is caused by Borrelia lonestari and vectored by the Lone Star tick, Amblyomma americanum. This disease was first reported in 2001 and occurs wherever Lone Star ticks are found. Similar to Lyme disease, a red, expanding rash with a central clear area at the site of the tick bite has been reported.

Signs of Lyme Disease in Dogs

One of the most common signs of Lyme Disease is limping (usually one of the forelegs). The limping usually progresses over three-to-four days from mild and barely noticeable to complete disuse of the painful leg. Once the dog starts to be affected by the bacteria, Lyme Disease can progress from a mild discomfort to the stage where a dog will be in such joint and muscle pain it will refuse to move. There will also be lymph node swelling in the affected limb, and a temperature of 103 degrees (101 to 102.5 degrees is normal). It is not uncommon for an owner to have to carry a sick dog into the animal hospital. Over the span of two or three days a dog can progress from normal to completely unable to walk, due to generalized joint pain. In addition to joint damage, the bacteria can affect the dog's heart muscle and nerve tissue. If the disease is diagnosed in time, treatment can cure the dog before permanent joint or nerve damage occurs. Certain antibiotics, such as Tetracycline, are very helpful in eliminating the disease.

Once diagnosed, Lyme disease can be treated. Physicians can determine if an individual has been infected by Borrelia burgdorferi using a simple blood test. However, some people test negative even though they have been infected. Infection can be treated by taking certain antibiotics. It is important to note that no immunity is conferred from infection so a person could get Lyme disease again from another infected tick.

Pets and other animals can contract Lyme disease as well, exhibiting symptoms similar to those in humans. Veterinarians can test for Lyme disease in pets and domestic animals exhibiting suspicious signs of arthritis (in younger animals), heart problems, or neurological signs.

What Happens During a Dog’s Dental Cleaning?

Are Essential Oils Safe for Your Pet?